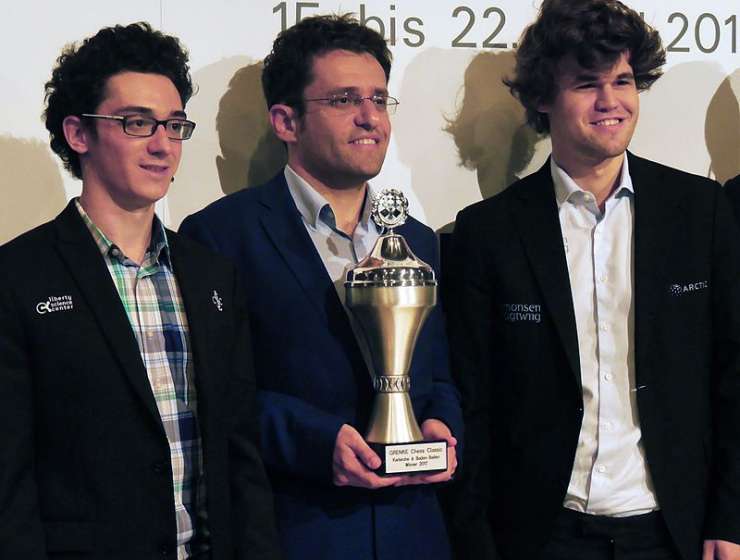 THE BEST CHESS player in America is a 26-year-old wunderkind from Brooklyn who loves Game of Thrones and David Lynch movies. In November, Fabiano Caruana will travel to London to face off against his archrival, Norwegian Magnus Carlsen, for the title of World Chess Champion; he is the first American to advance to the championship since Bobby Fischer in 1972. Chess may not dominate the nation’s gossip columns, but this matchup is pure drama. Rabid fans online have already dubbed his clash with the blond Norwegian as “Captain America vs. Thor,” and there’s more than $1 million in prize money at stake. While Caruana may not have Captain America’s shield to protect him, he’s got his own armor, courtesy of Thom Browne (whose PR sent him an Instagram DM with an informal offer to dress him). This is how it goes in chess. Whenever a young American player makes waves on the international stage, the press is quick to call him the next Bobby Fischer. But in this case, the comparison may hold. “It would be huge [to win],” Caruana says. “And probably a huge relief after the match is over—just to be done with the pressure.”

Caruana’s entire life has been building to this moment. Born in Miami, he was discovered at age 5 at an after-school chess program in Park Slope, Brooklyn. By 10, he had beaten his first grandmaster (a title bestowed on the best players by chess’s governing body). At his father’s urging, the family relocated to Europe two years later so he could train in earnest. “I didn’t go to school after seventh grade,” Caruana says. “I just worked on chess.” In 2015, Caruana returned to the States and in 2016 settled in St. Louis—home to the U.S. Championship tournament—where his training regimen includes weightlifting and core work. And yes, players are tested for doping.