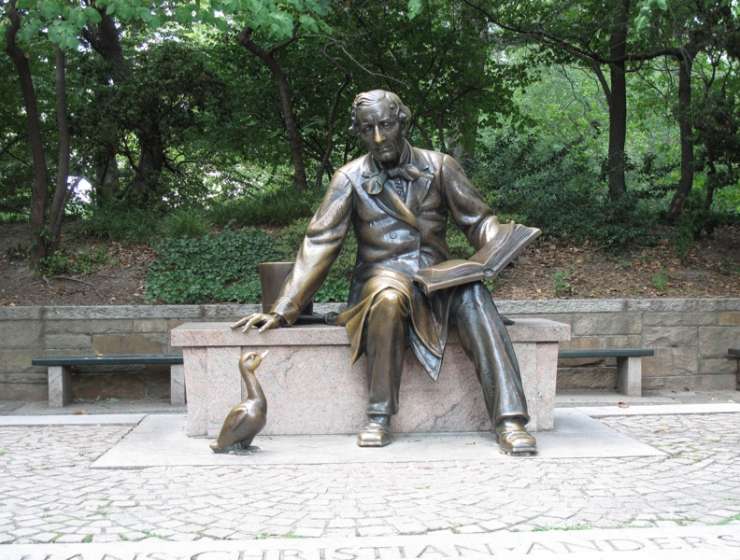 Danish writer Hans Christian Andersen (1805-1875) is recognized around the world for his beloved books, including The Ugly Duckling, Thumbelina, The Little Match Girl, The Princess and the Pea, and many others. However, few people know much about the man behind these famous fairy tales—a man who endured many hardships and, by some accounts, transformed his pain into art. Here are seven surprising facts about Andersen’s life and legacy that you won't find in the children's section of a bookstore.

1. SOME OF HANS CHRISTIAN ANDERSEN'S FAIRY TALES ARE AUTOBIOGRAPHICAL.

According to scholars, the tale of The Ugly Duckling reflects Andersen’s own feelings of alienation. As a boy, he was teased for his appearance and high-pitched voice, which often made him feel isolated, and he later wrote a story about a boy named Hans who gets made fun of as a child. Much like the ugly duckling, Andersen only later in life became the “swan”—a cultured, world-renowned writer with friends in high places. Andersen even admitted of The Ugly Duckling, “This story is, of course, a reflection of my own life.”