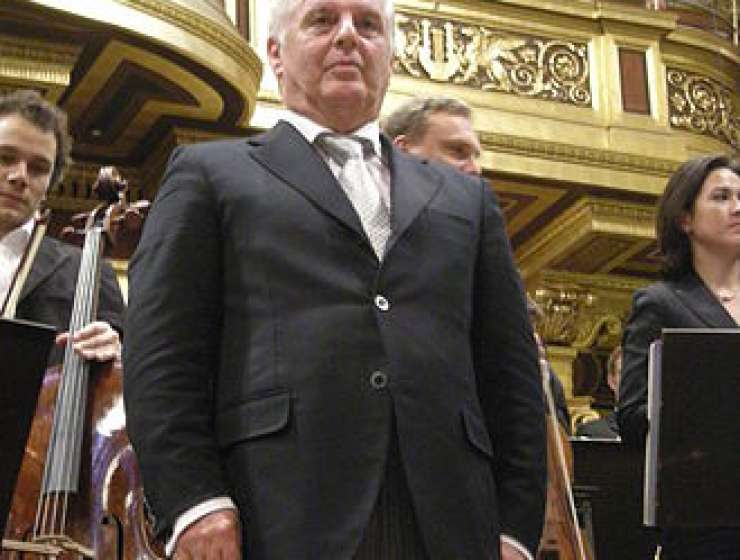 There are photographs hanging on the walls of my dressing room in the Staatsoper Berlin, photographs that remind me of what I see when I look out the windows of my house in Jerusalem. They are slightly faded and here and there the paper is crumbling, but one can easily recognize the views. The old city, the Dome of the Rock with its shining cupola, the walls, the gates. Sometimes I sit in this room before a performance, looking at these pictures and thinking of Jerusalem, of Israel, my home. Before 1989, this room was supposedly a refuge of the East German Stasi, the state police; if I happened to be a sentimental person, that fact would surely help me to become unsentimental, but I am not a sentimental person. The situation in the Middle East is much too close to me, much too personal for me to be sentimental about it.

Since 1952 I have owned an Israeli passport. Since I was fifteen years old, I have traveled the world as a musician. I have lived in London and in Paris and I commuted for years between Chicago and Berlin. Before I had an Israeli passport, I had an Argentinean one; later I acquired a Spanish one. And in 2007, I became the only Israeli in the world who can also show a Palestinian passport at an Israeli border crossing. I am, so to speak, living evidence of the fact that only a pragmatic two-state solution (or better yet, absurd as it sounds, a federation of three states: Israel, Palestine and Jordan) can bring peace to the region. My answer to those who say I am naïve, only an artist? That I am not a political person, even if I shook the hands of Ben-Gurion and Shimon Peres as a child: not politics, but humanity has always concerned me. In that sense I feel able and, as an artist, especially qualified to analyze the situation.

Both my paternal and maternal grandparents were Russian Jews who fled to Buenos Aires in the Pogroms of 1904. Unfortunately, I never asked my parents much about our family’s history. For one thing, as a child, I was very preoccupied with myself and for another, it was “normal” that we were in a state of permanent change. The story of my maternal grandparents, however, is a very special one. When they arrived in the harbor of Buenos Aires (he was 16, she 14) after the miserably long trip, it was announced that only families would be allowed to disembark; the quota for all others had been exhausted. They were both alone, and my grandfather took my grandmother and said, “let’s get married!” And they did. Once on land, they went their separate ways. After two or three years they met again by coincidence, fell in love and spent the rest of their lives with one another.

Story Continues
danielbarenboim.com
What Do You Think Of That Genius?