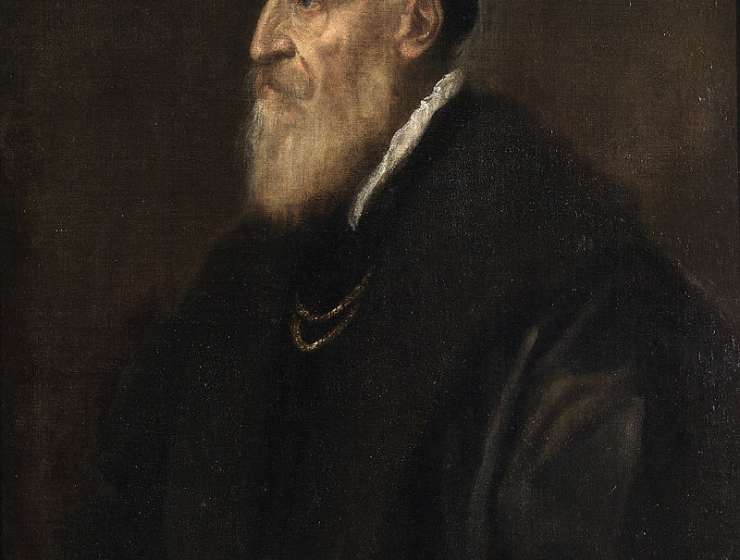 Titian was born in the small town of Pieve di Cadore. There are no documents marking his exact date of birth, but researchers believe he was born around 1490. His father served in the military and his grandfather was a notary. Around the age of 10 young Titian and his brother, Francesco, were send to an uncle in Venice to find apprenticeships as painters. While Francesco never reached the status of his brother, he managed to have modest fame as a painter.

Titian apprenticed under Giovanni Bellini, one of the most prominent painters in Venice, who came from a well-established family of painters. In Bellini’s studio, Titian became friendly with a group of young colleagues, among them Giorgione, who had the most lasting impact on Titian’s early style. In fact, their styles were so similar that the painting Pastoral Concert, which is now attributed to Titian, was previously thought to be by Giorgione. Together they combined Bellini’s ground-breaking use of color and light with a new tonal approach. Giorgione’s untimely death in 1510 left Titian without a rival among his generation.

Story Continues
dailyartmagazine.com
What Do You Think Of That Genius?